Open Protocol BMS and the Importance of Niagara N4

If you’re managing a facility with standard HVAC/mechanical systems, you probably have some form of a Building Management System (BMS). Like how the iPhone changed communication with its launch in 2007, BMS have fundamentally changed how you communicate with your building’s equipment. Your BMS or Building Automation System (BAS) communicate to your equipment through either open or proprietary protocols. Two variations exist: proprietary and open protocol BMS.

The difference between open and proprietary protocols

All of the major BMS branches sell a proprietary product that only their branch can work on. This is the difference between proprietary and open protocols. It also means that if that system needs to be serviced, it requires a technician with a workbench for that particular system.

At Fairbanks Energy Services, we want customers to have a controls system they are comfortable working with and can be serviced by any contractor with any workbench. We are going to reuse and integrate into as many of the existing controllers and field devices as possible to keep project costs down. At the end of the project, our customer can choose whichever service provider they like working with to support the system over its lifetime. Every manager should make his or her own decision about whether to work with open or proprietary controls.

The typical open protocol BMS sits in the Niagara framework

The BMS “open protocol” we often integrate into BMS resides in the Niagara framework. Tridium is the company that built the Niagara network and makes all of the JACEs (Java Application Control Engine) that host Niagara.

Most mainstream controls companies have open protocol products besides their proprietary solution as well. They include:

A note – Fairbanks Energy is a brand agnostic company, meaning that we are solutions engineers; we engineer every project to its own specifications and select the best product solutions for the space, regardless of manufacturer. While Tridium is the company that built the Niagara network, it is this framework into which any open protocol can connect, thus allowing us the freedom to build a BMS system that’s right for each customer. 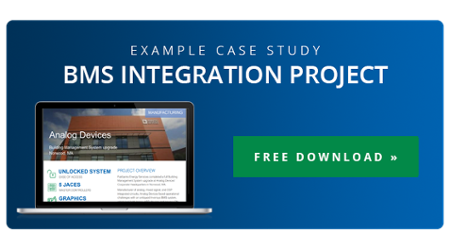 Niagara has been through three iterations in the last 30 years: R2, AX and now N4.  Most sites with Niagara have a version of AX running in their buildings right now. Before N4, there were expensive limitations to some of these legacy JACEs and it made it very difficult to upgrade sites because of the need to often install new hardware.

Some of the individual JACE pain points included:

On the supervisor side of things in AX you had three options:

These issues aside, the biggest challenge with the original Niagara AX structure was JAVA (the “J” in JACE). JAVA was prone to crashing, causing major issues in sites and making the JACES “lock up” and no longer be able to function, called bricking. Because AX relied on JAVA, its updates would cause the controller to need to be rebooted with new security patches, making the process time consuming and frustrating.

The new JACE developed to solve these struggles was the JACE-8000. Ironically, Niagara kept the name JACE although the JACE-8000 does not use JAVA at all. The JACE-8000 is now the only JACE being sold. It is no longer licensed based off point count and protocol but is now based off of device count (each device is allotted 25 points). This update allows for a facility manager to easily expand by simply adding additional device capacity. All of the drivers are built into the JACE-8000 and it comes with a dual port RS485 card. Should you have greater need, more cards can be snapped right into the JACE.

In addition to developing a new JACE, Tridium moved away from JAVA with their new platform, N4. In contrast to the AX version supervisor, now in N4 you can adjust the size of the supervisor based on exactly how many Niagara connections you are bringing into it. The N4 supervisor also allows for a site to add IP devices directly to the supervisor. This was not even an option in AX where it would have been cost prohibitive to add an IP driver plus individual points packs. Some additional changes to N4 included:

Ultimately, N4 is the modern choice for facility BMS and the old AX systems are no longer supported.

What does this mean for you?

It’s great news. You can upgrade any site to N4 by replacing the existing JACE(s) with the JACE-8000. Also, if you have a site with a lot of AX JACEs, they can be updated with a piece of software added to the last version of AX 3.8 and brought right into the new N4 supervisor. This allows for a gradual upgrade path if an entire system replacement isn’t a current option. Either way, ensuring BMS are modernized to current tech means a better functioning facility, improved energy efficiency and more informed decision making. 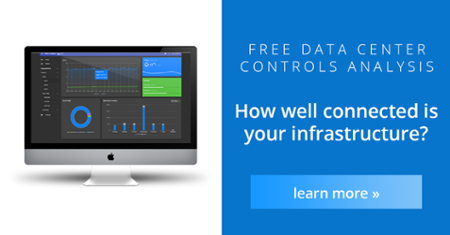 So, You Want to Improve Your Mechanical Room?

We know what it’s like: your mechanical room has a laundry list of updates, upgrades, replacements, nice-to-haves, and a...

Energy Efficiency in the Aftermath of 2020: A Halfway Review of 2021

Nearing the end of my co-op at Fairbanks Energy Services, I find the opportunity to reflect on not only the company I was...

What drew me into Fairbanks Energy Services were the efficiency solutions offered for a variety of industries. As a mechanical...