Hey NYC Businesses: Don’t Get Caught by the Carbon Tax

At a time when climate change is a hot topic, lowering carbon emissions has become a top priority for cities across the US. At the forefront, New York City announced its Climate Mobilization Act earlier this year, designed to motivate businesses to lower their carbon output. As a reminder, SmartCitiesDive defines this as:

There are dozens of opinion articles all over the web arguing for the benefits or detriments of this legislation, which includes Local Law 97 in NYC, specific to the above greenhouse gas emissions goals. Whatever your approach, the reality remains that it has passed and will begin affecting thousands of New York City based businesses starting in 2024.

This timeline by the Urban Green Council outlines primary milestones companies should be aware of.

When the Climate Mobilization Act and NYC's Local Law 97 were first announced, many publications covered news of the update and provided some details about what to expect. For the most part however, the news cycle has moved on – but the financial implications of this legislation and affected businesses are still in place. For those New York facilities potentially facing serious financial penalties for their carbon emissions, here’s what you should know:

Earlier this fall, New York announced its first 9 government building projects receiving a deep-dive analysis for energy retrofits, setting an example for other businesses in the city. Don’t lag behind them and start exploring your own energy retrofit options today!

This blog post is part of a multi-post series surrounding the new legislation Local Law 97, affecting thousands of buildings and businesses across New York City. This series aims to look at multiple viewpoints on the new law and how it can affect your business, as well as how you can work to avoid noncompliance fines by acting today. For more information, download Fairbanks Energy Services’ free eBook below. 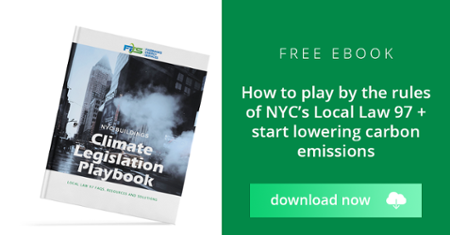 Data centers are facilities that contain concentrated infrastructure of equipment for the purpose of computing data. The vast...

Within the United States, buildings account for 41% of the primary energy consumption and 37% of greenhouse gas emissions. To...

Energy efficiency solutions typically refer to the set of building or facility improvements designed to decrease energy use....